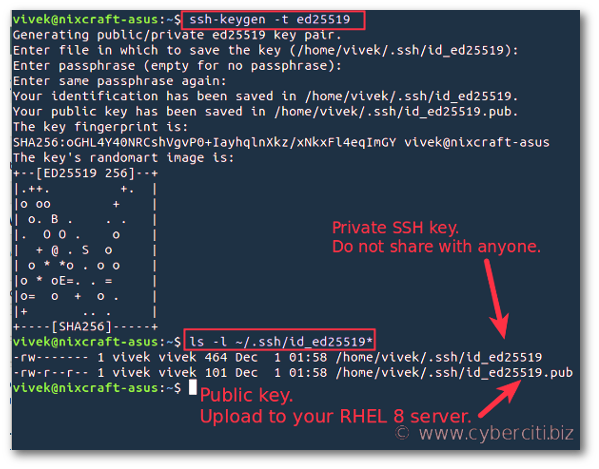 When I clone an OS image to a new, identical hardware PC I of course need to change the host name in a couple of places on the new machine. I suspect it is also good practice to generate new ssh keys for use by openssh server. I found an article here http://www.softec.lu/site/DevelopersCor ... rateNewSsh which outlines the process.
I can generate new dsa, ecdsa and rsa keys using the commands in the article. However, I also find an ed25519 key in /etc/ssh. It was dated the same as the other keys - the data I installed the original OS. Employing my usual monkey see monkey copy/paste/tweak approach I tried the commandThe seems to have worked. It generated keypair files, a fingerprint and a randomart image. The -N and -t parameters seem to be correct according to the man page.
Can anyone confirm that I have supplied all of the necessary inputs to create a valid ed2519 key? Or a way I can test the key for validity?
TIA,