“There’s as many atoms in a single molecule of your DNA as there are stars in the typical galaxy. We are, each of us, a little universe.” ― Neil deGrasse Tyson, Cosmos 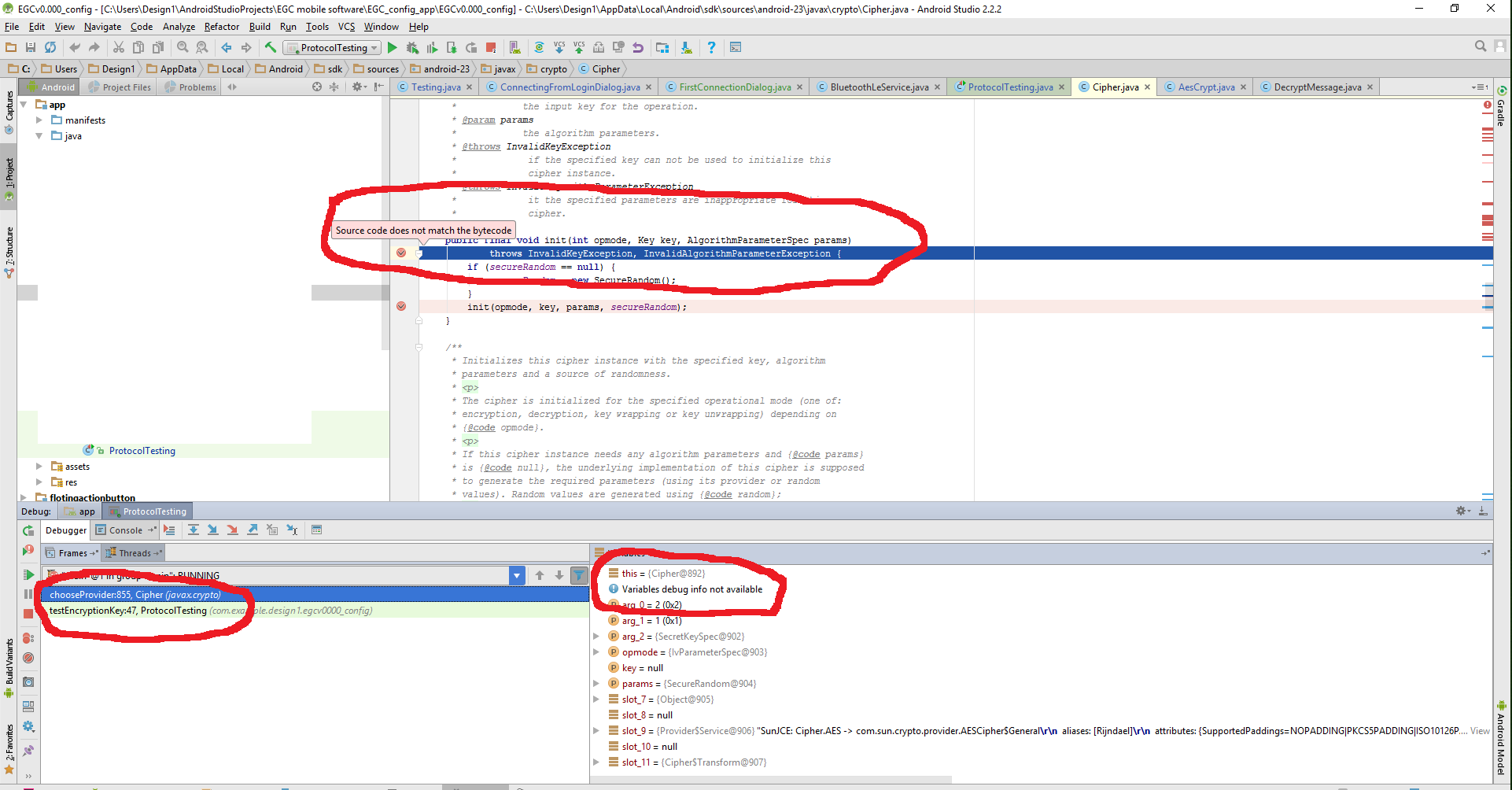 The Advanced Encryption Standard (AES) is a standard for encryption and decryption that has been approved by the U.S. NIST (National Institute of Standards and Technology) in 2001. It is more secure than the previous encryption standard DES(Data Encryption Standard) and 3DES(Triple-DES). You should be using AES for all symmetric encryption needs in preference to DES and 3DES (which are now deprecated).

Symmetric Encryption refers to algorithms that use the same key for encryption as well as decryption. As such, the key should be kept secret and must be exchanged between the encryptor and decryptor using a secure channel.

[Note: Check out how to use AES for file encryption and decryption in python.]

We need the following import statements for the program.

To generate the IV, we use the SecureRandomclass. The block size required depends on the AES encryption block size. For the default block size of 128 bits, we need an initialization vector of 16 bytes.

From the initialization vector, we create an IvParameterSpecwhich is required when creating the Cipher.

You can save the initialization vector for transmission along with the ciphertext as follows. This file can be transmitted plainly i.e. no encryption is required.

If you do not already have a key, you should generate one as follows:

If you have a key (maybe one generated previously and stored securely), you can load it from a binary key file using the following code:

If you need to save a generated key for future usage (maybe for loading using the above code), you can do it as follows:

The Cipher object is the one that handles the actual encryption and decryption. It needs the secret key and the IvParameterSpec created above.

When encrypting, create the Cipher object as follows:

For decryption, you need to load the initialization vector and create the IvParameterSpec.

Now you can create the Cipher object:

Once the Cipher object is created, you can perform the encryption. The encryption process works with byte arrays.

To encrypt a String, first convert it to a byte array by encoding it in UTF-8. Then write the data to a file as follows:

7. Decrypting Back to a String

Read back encrypted text and convert it to a String as follows:

The procedure for encrypting a file is a bit more involved. Read the input data in a loop and invoke Cipher.update(). If a byte array is returned, you can write it to the output file. Finally wrap up with a Cipher.doFinal().

Invoke the encryption as follows:

The outfile obtained from the above procedure can be decrypted quite simply by specifying the decrypt mode as follows:

And that covers the whole story of encryption and decryption using AES.

The process for encrypting and decrypting using AES is a bit involved. First you generate an IV (initialization vector) and then generate (or load) a secret key. Next you create a cipher object which you can use for encryption and decryption.

Also, you can find the sample usage screenshot below:

If You Appreciate What We Do Here On Devglan, You Can Consider:

Any plain-text input or output that you enter or we generate is not stored on this site, this tool is provided via an HTTPS URL to ensure that text cannot be stolen.

For encryption, you can either enter the plain text, password, an image file or a .txt file that you want to encrypt. Now choose the block cipher mode of encryption. ECB(Electronic Code Book) is the simplest encryption mode and does not require IV for encryption. The input plain text will be divided into blocks and each block will be encrypted with the key provided and hence identical plain text blocks are encrypted into identical cipher text blocks. CBC mode is highly recommended and it requires IV to make each message unique. If no IV is entered then default will be used here for CBC mode and that defaults to a zero based byte[16].

The AES algorithm has a 128-bit block size, regardless of whether you key length is 256, 192 or 128 bits. When a symmetric cipher mode requires an IV, the length of the IV must be equal to the block size of the cipher. Hence, you must always use an IV of 128 bits (16 bytes) with AES.

AES provides 128 bit, 192 bit and 256 bit of secret key size for encryption. Things to remember here is if you are selecting 128 bits for encryption, then the secret key must be of 16 bits long and 24 and 32 bits for 192 and 256 bits of key size. Now you can enter the secret key accordingly. By default, the encrypted text will be base64 encoded but you have options to select the output format as HEX too.

Similarly, for image and .txt file the encrypted form will be Base64 encoded.

Below is a screenshot that shows a sample usage of this online AES encryption tool.

AES decryption has also the same process. By default it assumes the entered text be in Base64. The input can be Base64 encoded or Hex encoded image and .txt file too. And the final decrypted output will be Base64 string. If the intended output is a plain-text then, it can be decoded to plain-text in-place.

But if the intended output is an image or .txt file then you can use this tool to convert the base64 encoded output to an image.

Please enable JavaScript to view the comments powered by Disqus.