Unlike the previous tier, which had numerous different village request chains, this tier has requests spread far and few between. So don’t worry, it’s super simple this time to keep track of everything! The requests will be covered Kokoto first, then Pokke, then Yukumo, and finally Bherna.

Notes: Talk to Treshi in Kokoto Village for this request. If you haven’t done any training quests, this will be your first capture quest. If you’ve never captured before, I strongly recommend you take on the training quest “Hunter Training: Capturing”, to get a feel for it. Also check out our guide section 'Capture vs Kill' for full capture coverage.

Completion of this quest will give you access to a new ingredient for your Kitchen: Tailed Frog!

Notes: In order to get this request you have to complete the 2-star quest 'Hunt Down the Velocidrome!' Then, you can talk to the Kokoto Chief for this request. It’s basically a clone of the key quest “Stomping Grounds” but in their local area Verdant Hills. Yian Kut-Ku’s flamboyant head crest is actually its ears. Aim for the head and beak area and you’ll be able to do the subquest easily!

Complete this quest to unlock the next request 'Into the Wyvern’s Den'.

Into the Wyverns Den

Notes: Complete “Local Threat” to unlock this quest from the Kokoto Chief. You’ll want to head to area 5 of Verdant Hills. Unfortunately for you, it appears you have a quest… Astalos will be sleeping in the nest! Ugh, now you have to trot that egg all the way back to base camp with an Astalos trying to kill you. If you have the gear for it, you can try to kill the Astalos, but its stats are hugely inflated so good luck. Skills like Pro Transporter and Felyne Lander will help you greatly here, particularly Felyne Lander which will shorten the path and all you go jump down the ledges in area 6.

This will unlock the 5-star village quest 'The Thunderclaw Wyvern'.

Cancer of the Dunes

Notes: Talk to Trenya in Pokke Village for this request. You must kill 10 of the Hermitaurs, the small crabs, and then a Paw Pass Ticket will appear. Deliver the ticket. The blue box provides you with a convenient Farcaster that you can use to warp instantly back to base camp. This quest is unstable.

Completion of the quest will unlock the 4-star village quest 'Hunt-a-thon: Velocidrome'. Additionally, you will be rewarded with a Giant Acorn that will let you craft the Felyne Bowgun .

The Shadow in the Mountains

Notes: This is a request from the Pokke Village Chief, but you have to complete the 2-star village quest 'The Mountain Roughrider' before you’ll see it. This is another quest worth doing if you’re into thunder weapons, but only if you have a stomach strong enough for the revolting Khezu. Khezu is a Flying Wyvern so bring Paintballs. Also, bring Nulberries, or have some thunder-resistant armor, as Khezu will fling thunder around and Thunderblight doubles the chance of an attack stunning you! Khezu starts in area 8.

Completing this quest unlocks the next request, 'No Go on the Popo'. You’ll also unlock a new Arena quest 'Grudge Match: Khezu'.

No Go on the Popo

Notes: Complete “The Shadow in the Mountains” and then talk to the Pokke Chief. Eep, another unstable quest. Gammoth might show up to wreck your day and protect his precious Popo underlings, and like Astalos before it, its stats are super beefed. Collect those Popo Tongues as soon as you can and hike it back to base camp before you get gored with one of Gammoth’s tusks! Or crushed, I should say.

Completing this quest will unlock the 5-star village quest 'The Unwavering Colossus'.

For Whom the Egg Yolks 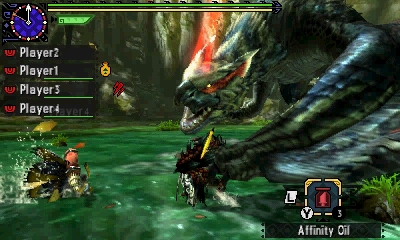 Notes: If you’ve completed the 2-star village quest 'Arzuros the Azure Beast', the Loc Lac Guide will be chilling in the Yukumo footbath awaiting you for this request. Here is the classic egg delivery quest! If you’re unfamiliar, I strongly recommend you do the training quest “Hunter Training: Transporting”, to get the hang of it. Check out our page 'Quest Types' for a rundown on egg quests. Skills like Pro Transporter will help you greatly.

Completion of this quest will give you a new ingredient for the Kitchen: Loc Lac Peanut!

Notes: This is a Misty Peaks version of the “Current Events” key quest. Talk to the Yukumo Chief for this one. You have to have completed the 2-star village quest 'Arzuros the Azure Beast' and completing this quest unlocks the next request, 'A Forest Fracas'.

Notes: Complete “Royal Spit Take” and then talk to the Yukumo Chief. Bulldrome should be old hat for you by now, he just so happens to be in Misty Peaks instead of Arctic Ridge. The catch, you ask? Oh, this quest does have the teensiest tiniest of catches: Mizutsune will appear as a guest monster! As with Astalos and Gammoth, Mizutsune’s stats are pretty inflated so steer clear.

Completion of the quest will unlock the 5-star village quest 'The Entrancing Water Dancer'.

Notes: The Moga Farmer in Yukumo Village will have this request for you. Royal Honeys can be gathered in area 5 and area 9. Look for the bees that are flitting around everywhere. Arzuros might show up because he loves honey, drop him dead to gather unhindered.

Completion of the quest will give you a Reststool letting you craft Wyvern’s Perch , a Great Sword, or Poison Fungasax , a Hunting Horn!

Notes: You have to have completed the 2-star village quest 'Arzuros the Azure Beast' plus 'Crustacean Frustration' to unlock this request. Another clone of a previous key quest, the Moga Chief in Yukumo Village will ask you to carry out this duty. Except this time, Daimyo Hermitaur is in Deserted Island instead of the Dunes, and it’s a capture quest!

Completion of this quest gives you a new Kitchen ingredient: Moga Mussels!

The Fungus Among Us

Notes: Talk to the Moga Sweetheart in Yukumo. This reminds me of The Last of Us for some reason…I guess it must just be me seeing things! Anyways, when Altaroth eat at mushroom spots, their bellies turn big and colorful. You just have to wait for those yellow ant critters to crawl over and feast. Don’t attack them or they’ll go after you instead! Then, kill them and pick up the shiny drop for some Ripened Mushrooms! This quest is unstable.

Your reward? If you’d like, the Moga Sweetheart will be your Housekeeper instead of Chamberlyne. But you’d never replace her…right?!

Notes: The Headwhiskress in Yukumo will have this “catastrophe” awaiting you if you have already completed the 2-star village quest 'Sunsnug Sprout Courier'. Completing the series of –drome monsters you’ve had to face, Iodrome rounds off the set and uses poison attacks! Bring Antidotes.

Completion of this quest will reward you with another housekeeper option: The Headwhiskress herself!

Notes: Talk to the Cheeko Sands Chief in Bherna for this request. Brocadefish are going to ruin your life unless you prepare accordingly. But luckily for you, this guide author has already had her life ruined by this quest due to poor preparation so you don’t have to! The blue item box gives you two Goldenfish Bait, but you need to bring a third one. Please do so. Combine Snakebee Larvae and Mega Fishing Fly to do so. Then go to area 3 of the Jurassic Frontier—this is where Brocadefish might spawn.

Without Goldenfish Bait, the spawn rate is downright horrible. So use that Goldenfish Bait and you’ll see beautiful slender purple fish appear. Those are the Brocadefish you’re looking for. To be safe, you might want to bring more than 3 Goldenfish Bait.

Completion of this quest will unlock the 4-star village quest 'Hunt-a-thon: Daimyo Hermitaur' and also net you the weapon crafting recipe for the hammer White Kitty Stamp.

Notes: The Reliable Villager in Bherna will have this request for you. Moofah Fur can be obtained by using a cutting weapon to attack the Moofahs hanging around Deserted Island. You don’t need to kill them, but if you don’t have self-control, go ahead I guess. Or if you’re mad that Poogie isn’t in Bherna Village and Moofah took his place. Pick up the shiny drops after the Moofah gets flung back and deliver five of them.

Notes: Talk to the Bherna Gal for this request. This is basically “Sunsnug Island Rescue” reversed because you have to hunt Ioprey but the subquest involves an Iodrome, so just kill both and call it a day.

Completion of the quest rewards you with the Scholarly armor set for your hunter, and the F Quest Book and F Scholarly gear for your Palico.