If you're jumping into the game for the first time and you're not sure where to begin, start here. This beginners guide will hook you up with all the knowledge you need to best hunter or huntress you can be.

How to prepare for a hunt

The key to any good hunt is preparation. Knowing what you need to take on your hunts and the strategy you'll employ to take your target down is paramount to success in Monster Hunter: Generations Ultimate. Here's the quick list of stuff you should take care of before every hunt.

While you won't be totally sapped of your energy without eating in Monster Hunter Generations Ultimate, you'll want to make sure you take a moment to eat before embarking on any hunt or mission. Eating will allow you to bolster your stats in order to make life a little easier.

There are several dishes to eat, each with their own unique attributes. Some might increase your attack and stamina, while others could give you a nice boost to your health total. Deciding which meal to eat before each particular mission is something you'll have to figure out for yourself according to your own playstyle, the target monster, and more, but whatever you decide, eat whenever you can.

While you do have a hunter rank in this game, the biggest thing that contributes to how strong you are is your gear. That includes all your armor and the weapon you choose to go into a hunt with.

You'll don pretty basic pieces of armor starting out, with the new armor you can buy and craft helping you gain more elemental and physical resistances. In the beginning, just focus on getting a full set of basic armor with physical resistance, as that'll be the field of opponents you take on early.

Don't forget to fill your satchel before you head out. You'll have a number of items you can take with you before each hunt or gathering mission. At the least, you'll want potions, antidotes, traps, and whetstones. You'll also want custom coatings for your bow and guns if you happen to play a ranged weapon.

While you may not need all of these items on any one hunt, loading up on the essentials will ensure you can handle any adverse situation thrown your way.

One of the things you'll come to learn about Monster Hunter is that the game is just as much about preparing to hunt as the hunt itself. You'll go on a lot of runs where your agenda is to gather materials, whether it be for crafting your new gear or getting the herbs you need to make life-saving potions. Here's what to look out for.

You'll see a lot of plant nodes in Monster Hunter Generations Ultimate. Herbs and honey will all be found in copious amounts, and you'll combine these base ingredients to make strong concoctions, better weapon coatings and ammo, and enhanced tools to help you out in your hunts. You don't have to carry back loads of this stuff on each hunt, but regular gathering — especially during the early game — will ensure you have a basic list of essentials to keep you healthy.

During gathering parties or smaller hunts, be sure to collect all the material you can from any monster you kill. You may not need the bit of material that particular monster drops now, but there will come a time when you may need it for a particular build or crafting need.

Quick note: try to use armor pieces from the same set. This will ensure that all your relevant armor skills activate and that you get the most out of any built-in resistances it has.

How to hunt and take down your first monster

With all of your gear, weapons, and support items, you're ready to take on your first hunt. Here's how to get the most out of each encounter.

Choose your weapon and style of choice

More often than not, you'll know which monster it is you'll be going after before you commit to fighting it. As you get more experience you'll find yourself taking different weapons to fight different monsters.

Don't worry about that in the early going, though. It's important to find a weapon you like and learn its ins and outs. The cool thing about Monster Hunter is that your fighting style is not locked into the character you made, but changes based on the weapon and hunter style you use. As such, don't be afraid to switch your build up or experiment with other weapons at any point in the game. You're free to use whatever you want, whenever you want.

Each weapon has a tutorial associated with it to help you learn the strengths, weaknesses, and all the different combos you can do. There are 14 weapons in all, and they each offer unique advantages:

This is also where you'll be choosing your Hunter Style. There are four such styles in the game, and they'll come with a number of hunter arts you can use to help you pull off your most devastating moves:

Don't stress too much about being perfect with the weapons right away. Your first few hunts will be easy to get you acclimated with the game's combat system. Just worry about figuring out which one you like the most!

Take some time to make sure your furry companion known as a Palico is well-equipped. Not only can the Palico help you fight and gather items, you can also play as it in Prowler Mode.

There are some advantages to running around like a cat. For one, you have unlimited stamina and you gather items and material much faster than a typical hunter can. And while it doesn't have a whole lot of power, it does come with its own set of moves and abilities to let you contribute to the battle.

Don't be afraid to bring help

You don't have to go it alone if you don't want to. Monster Hunter Generations Ultimate supports co-operative play with up to four people able to join a hunting party at once.

Don't be afraid to use this to your advantage. Can't quite beat that high-ranked monster on your own? Getting together with some of your hunter friends could be just the ticket you need to topple that challenge. Trust us — no one's going to judge you for needing a hand every now and then.

Use your skills and tools for victory

Now comes the hunt. You'll be dropped into the starting zone and begin searching for the target. Monsters tend to spawn in specific areas and you'll pick up on these potential spawn points over time, but the general rule of thumb for a beginner is to simply run through each zone and keep your eyes peeled.

When it comes time to actually face the beast, don't tense up. You should be more than well enough equipped to handle your prey. Be sure to exercise patience when going in for the attack. Strike where the beast is weakest and take your shots when there are proper openings.

And don't forget about all the tools you have at your disposal. You have healing items, traps, attribute boosters, and even bombs to help you out. Whetstones will be used to sharpen your weapons and make sure they continue to hit the beasts with as much damage as possible. Use them as often as you need to get the job done.

Oh, and do take care not to get hit more often than you're hitting the monsters. They're much stronger than you and will absolutely eat your lunch — or eat you for lunch — if you're not careful.

Against bigger monsters, target those weak points to not only deal more damage, but also to break some of its parts. Breaking a tail or a leg or some such will make it more vulnerable to your attacks, and may also force the monster to drop more of its materials upon defeating it.

Quests will be your usual route for early-game monster hunting. They'll not only help ease you into the game, but will also offer rewards that'll help you in your endeavors. Be sure to do as many of these quests as you can in order to maximize your potential.

Before too long, you'll find yourself swimming in materials to craft new armor. You'll take that new armor to go take on tougher monsters. You'll get the materials from that monster and do it all over again to see just how far you can go. Welcome to the exciting, rewarding cycle that is Monster Hunter Generations Ultimate.

There's a lot to Monster Hunter Generations Ultimate, but with thes beginner's guide you should now possess a basic understanding of how to be a professional hunter. There will be a lot of information thrown your way, and things will seem overwhelming at first. But once you learn the basics and come to grips with the game's various systems you'll find yourself turning in hunts like clockwork. 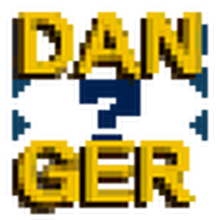 Monster Hunter Generations Ultimate is available on the Nintendo Switch today for $59.99.

We may earn a commission for purchases using our links. Learn more.

The new iPhone SE has not gone down well in China...